Available on all pricing plans.

Heads up: Canned Actions report is being rolled in batches out to all HappyFox accounts. In case you would like to get access to this report sooner, send an e-mail to support@happyfox.com and we'll prioritize your request.

Go to Reports >> Canned Actions (From the module switcher). 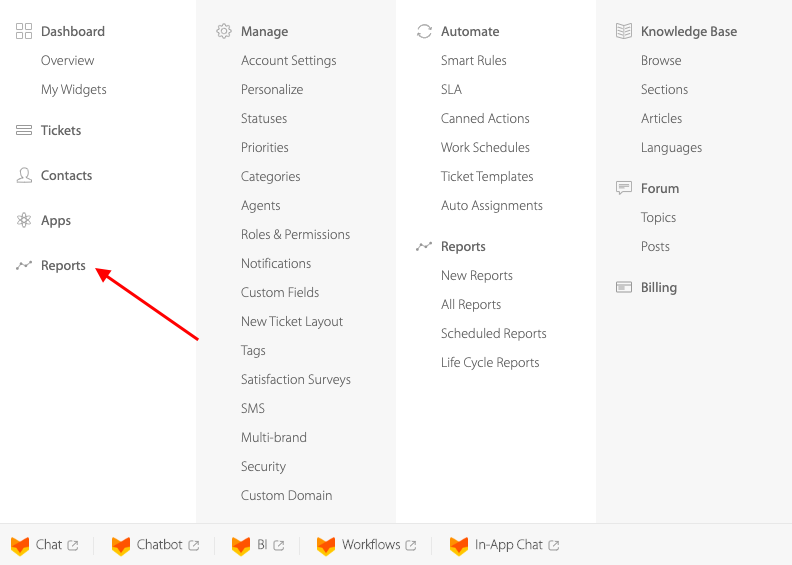 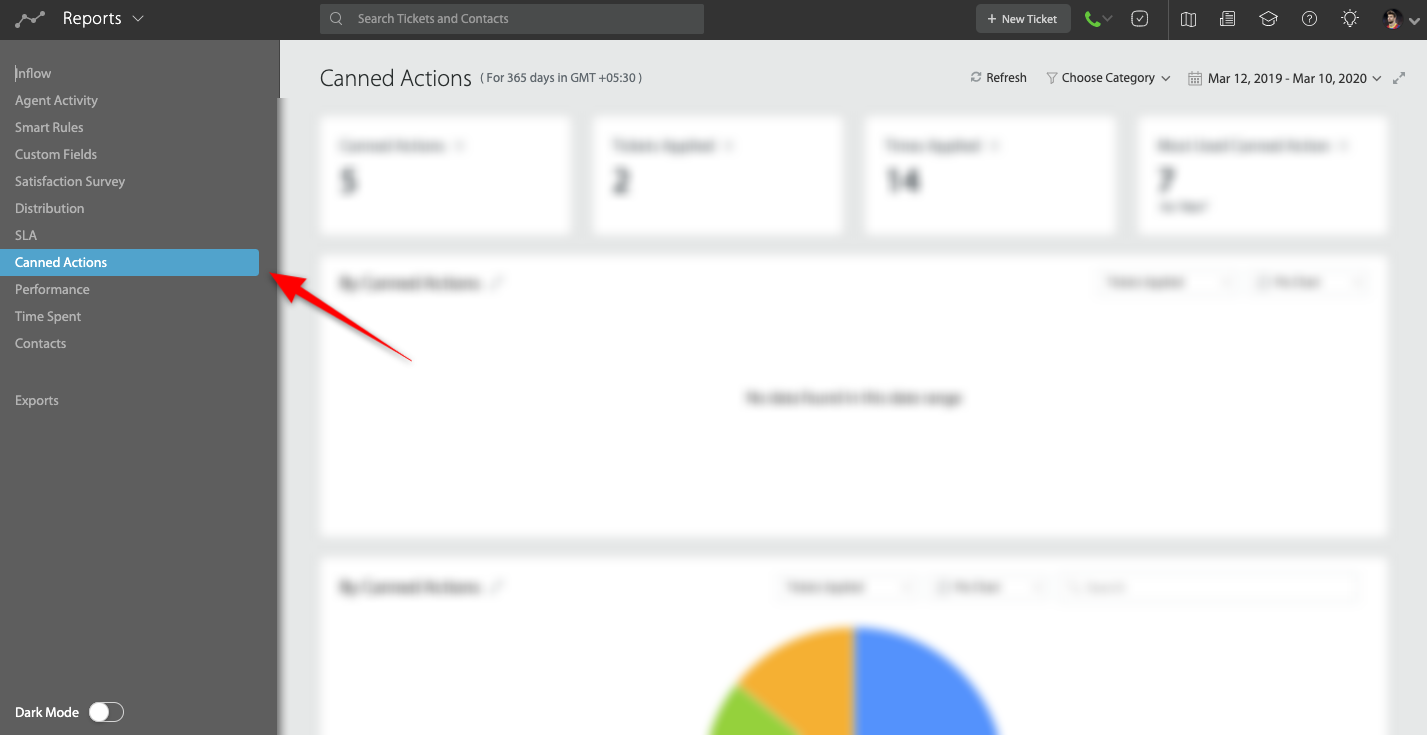 How to set up the Canned Actions report?

Overview tabs in the summary pane give you a gist on some overall canned action usage statistics.

Tickets Applied: The number of tickets that had at least one Canned Action use during the selected time-frame.

Times Applied: The number of times Canned Actions were used during the selected time-frame.

This widget distributes metrics like "Tickets Applied" and "Times Applied" across different canned actions.  This widget can be visualized in different forms - table, bar chart, pie chart and donut chart. A maximum of 100 canned actions will be displayed in this widget. If you'd like to narrow down to a specific canned action, use the "search" functionality.

This widget distributes the usage of canned actions across agents. You can select the desired canned action through the "Canned Action Selector" and the corresponding distribution of agent usage metrics will populate inside the widget.  A maximum of 200 agent names will be displayed in this widget. If you'd like to narrow down the canned action use of a specific agent, use the search functionality.

Feedback
1 out of 1 found this helpful