Agent Scripts provide contextual guidance to agents while they are on a support call, to troubleshoot a customer’s query, making use of the step-by-step visual guidance provided.

In HappyFox, Agent Scripts can be invoked from the ticket details page. Each script step in the agent script will have a statement or a question with a set of selectable choices for that statement. Only one choice can be selected for a given script step. Choice selected in each step determines the subsequent steps.

When agents reach the final step, they can add script responses to the ticket, which are recorded as ticket updates in your help desk. Agents can add multiple Agent Scripts on a particular ticket.

Topics Covered in this article:

Navigating through an Agent Script: 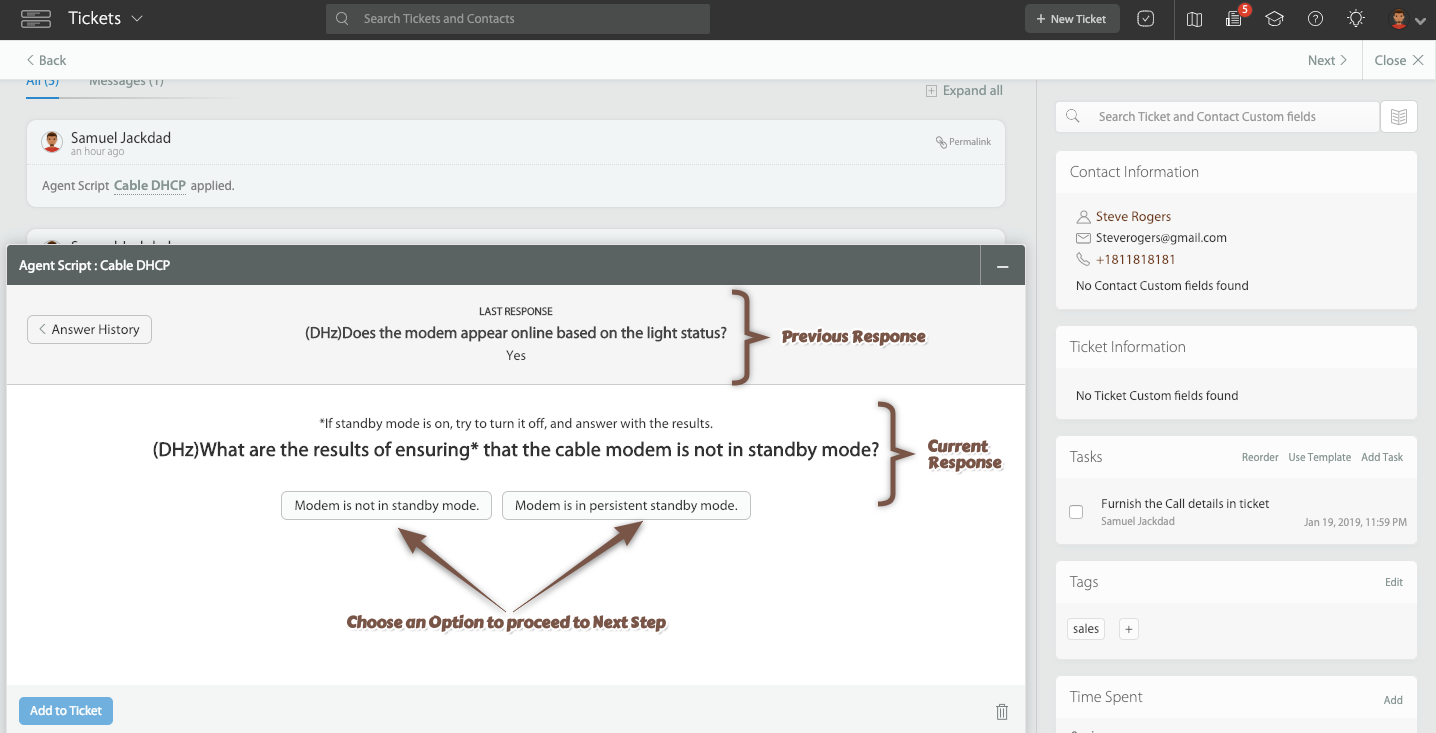 Accessing the Answer History of an Agent Script: 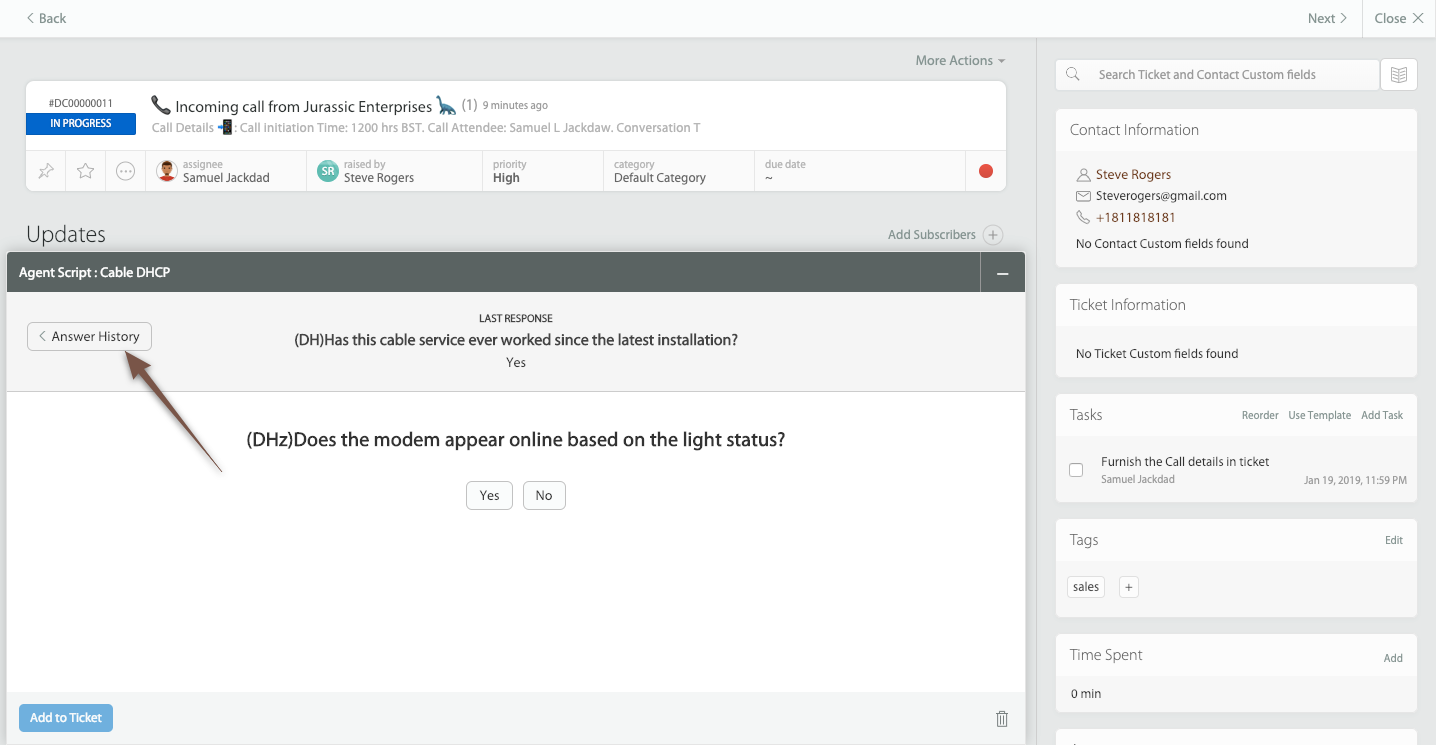 Warning⚠️!: Editing one of the previous steps will discard all the subsequent changes done previously after that step 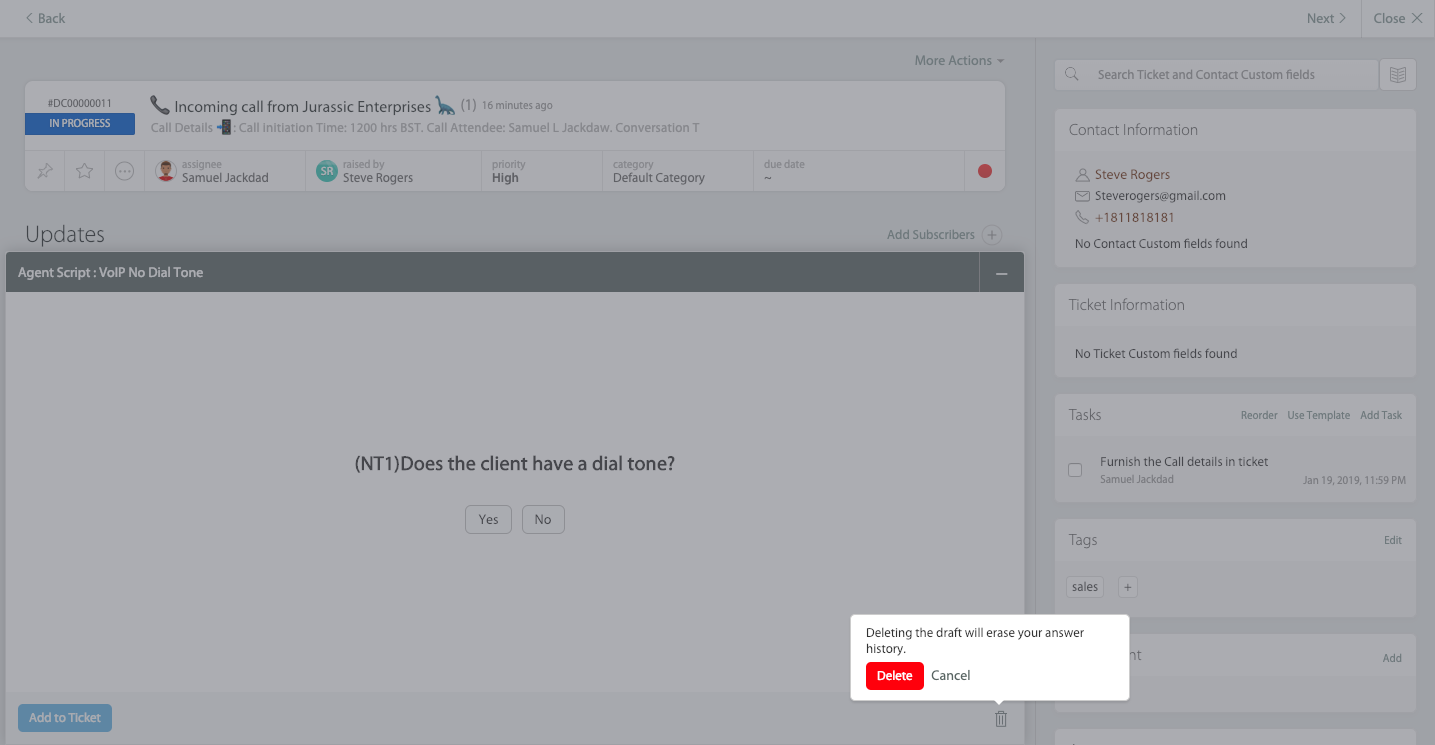 Adding Agent Scripts to Tickets:
Once the Final step is reached, click “Add to Ticket” to add the responses to each agent script steps as a ticket update. 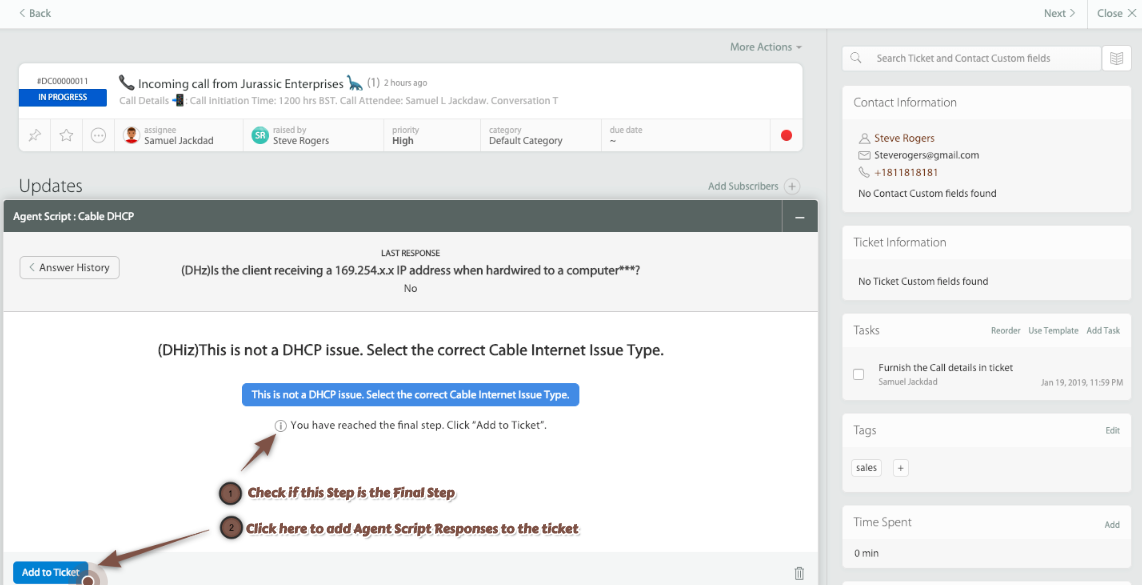 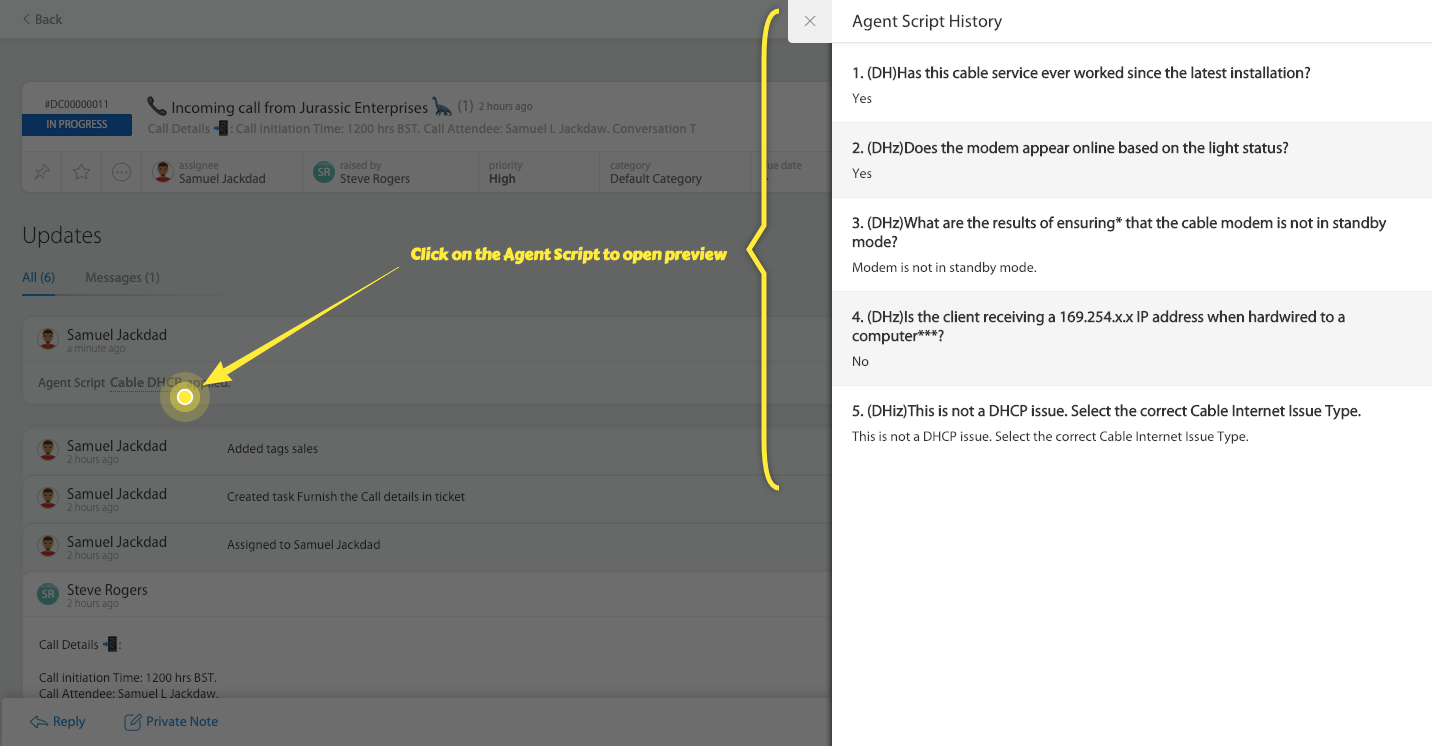 Multi-Tasking while entering Agent Script values:
The Agent Script editor can be minimized, so that agent can compose ticket responses such as “Private Note” or “Ticket Reply”. To minimize the Agent Script module, click the “-” button located on the top right.

Tip🔹: Agents can also perform ticket actions such as updating a custom field, in the middle of an agent script step.
Feedback
9 out of 11 found this helpful