A "collision" is likely to happen on a ticket, when multiple agents add replies to a ticket simultaneously, without being aware of the other agents' reply which may have been added around the same time. HappyFox provides two ways to avoid such occurrences.

When agent 'A' tries to add an update to the ticket from the ticket details page, but agent 'B' had already added an update while agent 'A' was composing the reply, on clicking 'add reply' the update is not submitted, but a warning message (as shown below) appears. 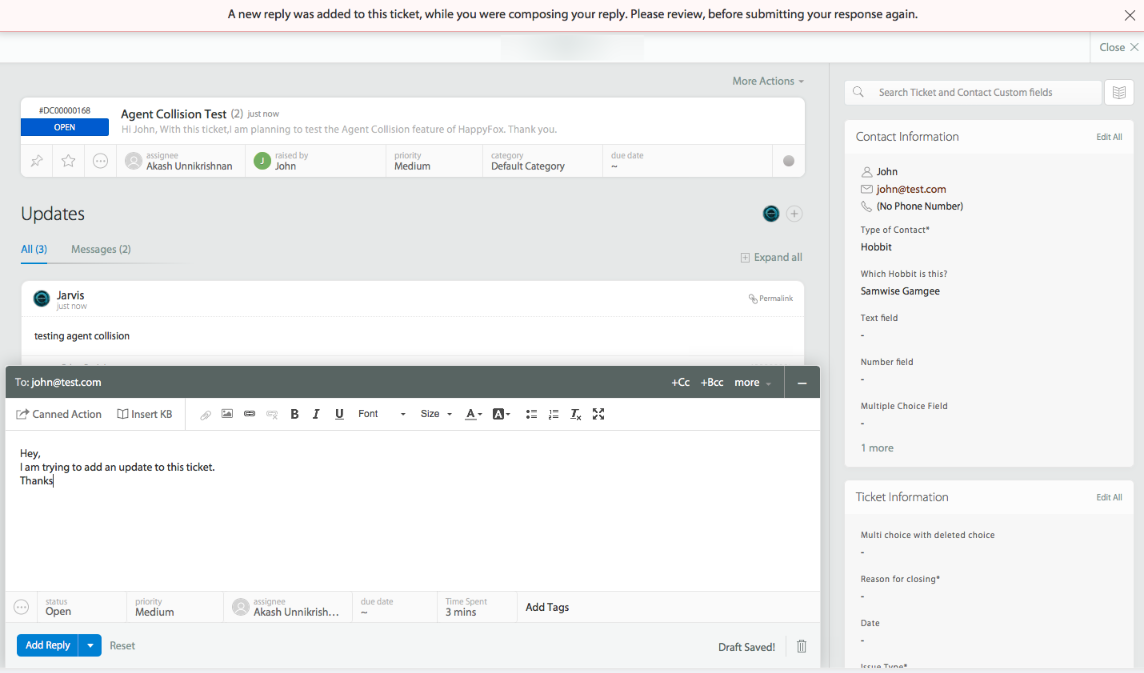 When the agent is in ticket details page, HappyFox now allows him to see all the other agents who are viewing or typing on the same ticket in real time.
Incase an agent viewing the ticket, starts typing a up a reply, the change is reflected immediately as shown below.

This feature is available only on Enterprise plan.

As shown below, this feature can clearly delineate what exactly each agent is doing. It will clearly show if the the agent is typing a reply or a private note as shown in the below images.

Feedback
14 out of 16 found this helpful